VSS defines the standard catalog for vehicle signals independent of the used protocol and environment. In order to adopt the specification we realize that certain additions and modifications to the standard catalog are necessary. VSS Overlays are meant to bring you a standardized way of handling those changes.

The following features with the intended usage patterns are currently supported:

The standard catalog is specified within COVESA and defines a common view of the major attributes, sensors and actuators of vehicles. This is used in many different scenarios, protocols and environments. Additional meta data might be required for data-governance, -quality or -sources. The instantiation of branches might not fit your vehicle. Proprietary signals might be needed for extending the specification for your own use-cases. Up to now you were on your own in these scenarios. Overlays give you the chance to change and modify the standard catalog in a standardized way.

How does it work?

The Figure below illustrates an example of the main specification and two separate overlay files, an example call of the tooling and the resulting tree. 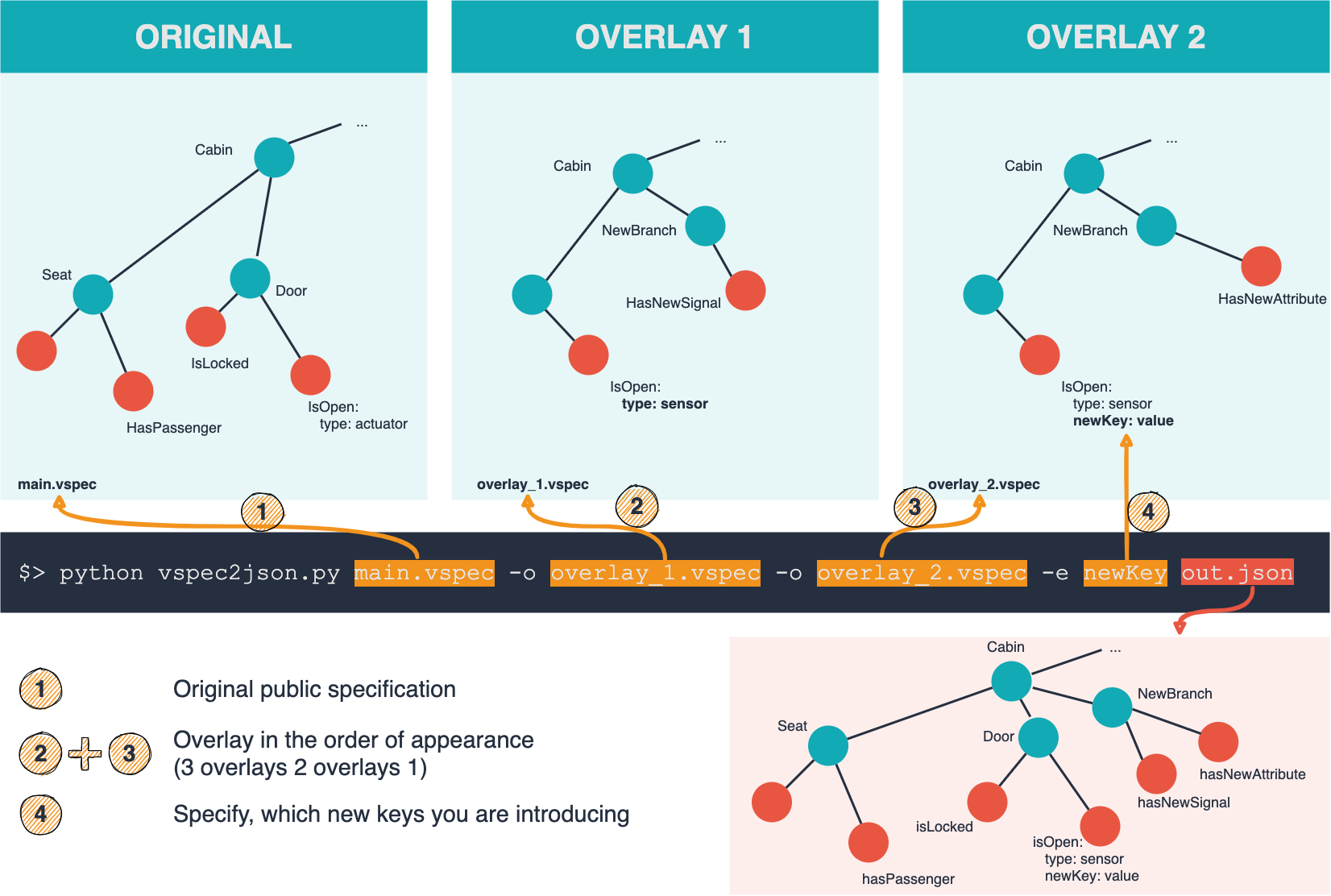 Figure: Overview on how overlays work within VSS

Overlays in the standard catalog

With the feature of overlays, we introduced a new folder in the repository called overlays. In there you’ll find two additional folders:

DISCLAIMER: Use of overlays is a new concept for VSS. The overlays in those folders shall currently be seen as examples only, and are not part of the official VSS specification.